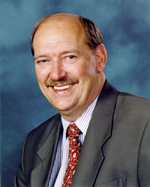 John Kelly – Chairman, Murphy Business Canada Inc. - has recently served as CEO of Clearford Industries Inc and had also served as Chairman of NexInnovations. John also provided mentoring to many start up technology companies. From 1995 to 1999, John was President and CEO of Jet Form Corporation, recognitions include 1997 High Technology Citizen of the Year for the City of Ottawa and 1997 Master Entrepreneur of the Year for the province of Ontario. In 1998, he was named Ottawa Business Journal Most Respected CEO for the city of Ottawa.

John holds an honors degree in law and an honors B.B.A. degree in Finance as well as an honorary doctorate degree from the University of Ottawa.