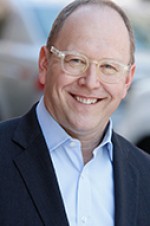 As a business broker working with owners of privately held business in Connecticut, Alan brings thirty years of valuation, structuring and transactional expertise from three decades on Wall Street.  Alan began his career in corporate and investment banking in 1985. Most recently, he was Senior Vice President with HSBC and before that a Managing Director at Societe Generale.  As a Series 7 licensed investment banker with SG Americans Securities LLC, Alan helped build out the bank’s Mergers & Acquisitions platform in the US by generating and executing engagements totaling nearly two billion dollars. Between 1998 and 2000, Alan was based in Mumbai India, serving as SG India’s Deputy Country Manager.

Murphy Business & Financial Corporation LLC is North America’s largest business brokerage firm and in 2015 Alan established Murphy’s first platform in Connecticut.  Connecticut’s challenging business environment is best negotiated with local expertise and knowledge who can leverage on the region’s unique attributes, including its established manufacturing base, the high, per-capita income of its residents and its proximity to the New York and Boston markets.