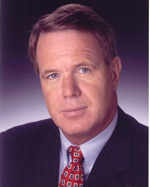 Vice-President of Mergers and Acquisitions of Abbey Home Healthcare, a publicly traded healthcare company. Responsible for growing the company from $180 Million in revenue to over $550 Million in a 5 year period. Involved in over 50 transactions with value exceeding $350 Million and a $1.1 Billion merger of two publicly held health care companies.

Vice-President of the western region of Abbey Home Healthcare. Responsible for the largest region in the company with over $70 Million in revenue and 45 operating units. Involved with a private placement which lead to an IPO in 1991. Senior manager and a shareholder of the company.

Executive Vice-President and shareholder of a national rental equipment company based out of Los Angeles, CA. Responsibilities included all operations and sales activities of the 20 location organization.

From 1971 to 1984, held several general management positions as a line manager for a national health care company and received numerous awards as the top performing operating unit in the company.