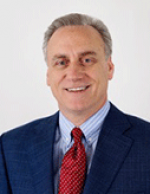 With over 3 decades as a senior leader with the Ford Motor Company, and more recently, having served as President of RMA Automotive, including a privately owned portfolio of franchise automotive dealerships in Asia and Africa, Hal Feder brings a wealth of global experience, leadership, and consulting skills to his business intermediary role at Murphy.

Hal left Ford in May 2013 to pursue the retail automotive business and was appointed President of RMA Automotive. Headquartered in Bangkok, Thailand, Hal was responsible for the development, execution, and delivery of the automotive growth plan, which included in-market dealerships, vehicle modification centers, fleet contracting, wholesale vehicle distribution, and a parts, service, and training operation whose footprint spanned 20 countries.

Hal received his Bachelor of Science in Business Administration at the University of Kansas in 1981 and earned a Masters of Business with a concentration in Finance from the University of Florida in 1982. Hal is also a licensed real estate agent in the Commonwealth of Virginia specializing in commercial properties.

Hal is married, has three grown kids, and resides in Williamsburg, Virginia where he enjoys his family, dogs, sports, and travel.