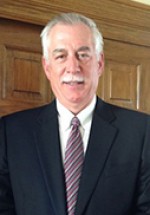 Shannon R. Foust is a business industry and franchising veteran. After graduating from Virginia Tech with an accounting degree and spending a few years in public accounting, he spent the last 23 years in the restaurant and hospitality industry. Shannon served as CEO/President of Damons Grill where he grew the chain to 150 units and was also a Shareholder and Director.

Other positions held by Shannon at Damons Grill included Chief Financial Officer, Vice President of Development and Senior Vice President of Franchise Operations. After selling Damon’s, Shannon then formed a new franchising company with the founders of Roosters Wings and doubled the size of the company in two years and signed development agreements for 39 units before selling his interest.