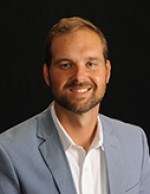 Jesse Stone believes in entrepreneurship. A passion for business and an obsession with relationships have rewarded him with success in multiple industries. The relationships that he has made in the midlands of South Carolina prove invaluable when assisting clients in marketing and selling their companies.

Jesse joined a nationwide franchise group as a regional owner and spearheaded the marketing and new business acquisition campaign that grew the franchise to eight locations operating in three counties.

Jesse holds a South Carolina Real Estate license, and has experience in both commercial and investment real estate.

In 2009, Jesse purchased a full service sign manufacturing company that serviced small and large companies.  During his ownership he was able to secure government clients, as well as some of the largest companies in the southeast.

Jesse, his amazing wife Josette and their three Children (Charlotte, Jess, and Scarlett) live in Fairview Crossroads outside of Columbia, SC.