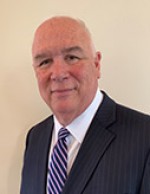 Mike Hamilton grew up in the heart of Silicon Valley in California where he graduated in Mathematics and Physics from San Jose State University. He also studied business technology at George Washington University.

In 1979, Mr. Hamilton began his career as an Electrical Engineer and developed a number of high tech products in the telecommunications industry. During his career he has held a number of executive management positions and well recognized as an industry leader in the area of Time and Frequency and Encryption.

Throughout his career Mr. Hamilton has been involved with a number of M&A, IPO, and fund raising activities. He has raised over $20M in seed and private equity funding.

In addition to helping business owners realizing the goals and helping them with the transition, Mr. Hamilton is actively involved with Organ Transplant and Leukemia awareness.