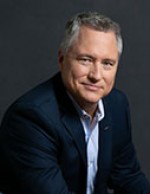 Mike brings to the table over 30 years of leadership, operational management, and executive-level experience with Fortune 250 companies. He leverages his experience and the vast resources of Murphy Business Sales to help the small to middle-market business owner prepare his or her company for sale, find the right buyer, and execute the transaction. As a Certified Business Intermediary (CBI), he prides himself on conducting all business professionally and in accordance with the highest ethical standards.

A 1989 graduate of the U.S. Naval Academy, Mike began his professional career as an active-duty officer and Naval Aviator, serving nine years flying anti-submarine helicopters from aircraft carriers in the Mediterranean Sea and Persian Gulf. After leaving active duty in 1998, he continued to serve in the Naval Reserve and retired at the rank of Commander in 2012.

Mike started his civilian career in 1998 with GE Capital as a “Six Sigma Black Belt,” using statistical analysis to drive process improvements in the insurance sector. When the insurance division spun off in 2004 to become Genworth Financial, a Fortune 250 financial services company, he remained onboard to lead the Annuities Servicing group through the challenges of becoming a publicly held company. He then served as Vice President - Global Operations Controller, where he worked with key executives around the globe to assimilate newly-acquired businesses into Genworth’s overall operational risk management program. With a keen understanding of the complexities of a multi-faceted corporation, Mike helped the company’s business leaders drive profitability through numerous acquisitions.

Just prior to joining Murphy, Mike served as Vice President, Business Risk Officer for the credit card division at Capital One where he led teams in operational risk management and regulatory compliance.

Since 2014, Mike had brokered the successful sale of many companies in Central Virginia, and throughout the Commonwealth.  He remains very active in the industry and served as President of the Carolinas-Virginia Business Brokers Association (CVBBA).