The oil and gas industry has found a regular spot in Austin business news lately, yet little is known about this vital component of Austin’s economy. This industry, known for its cyclical ups and downs, is resurging, and its performance affects the local economy more than you might think.

Here are three reasons why oil and gas mergers and acquisitions, and the success of this industry, is to the benefit of many in Austin:

According to the Austin Chamber of Commerce, Austin is the third fastest growing city when it comes to job growth. The recent recovery and subsequent development of the oil and gas industry has contributed to this gain in Austin, with M&As creating and retaining jobs throughout the area. When an oil and gas company is too weak to develop its properties, this company most typically takes steps toward merging with or being acquired by a larger company. This larger, stronger corporation has the capital and ability to develop these resources that otherwise would have remained stagnant. While advancing the industry, this company will likely hire more staff to accommodate the increased workload, meaning more jobs in Austin.

Industry growth influenced by oil and gas M&A activity has opened up an opportunity for technology to be refined, and not just within the oil and gas industry. This increased exploration and research can be largely attributed to Austin’s Clean Energy Incubator and benefits many industries including Austin’s largest industry – the tech sector. Streamlining the oil and gas industry has also driven down the cost to develop oil and gas, leaving capital to spend on continual research. Existing oil and gas companies that have weathered the storm are now growing. With these existing companies thriving and others in development all over Austin, it is essential that these businesses implement EPA environmental mandates to reduce greenhouse gas emissions. Attention to these regulations has increased and is improving the environment.

A common strategy used to reinforce economies is diversification. Varying the types of industries within a given economy allows for it to be more stable and resilient. There is a high concentration of tech companies in the Austin area, though Austin does not exhibit as many cyclical downturns as other nearby economies, the city should diversify its industries so that it is not too dependent on the success of one industry. The facilitation of more oil and gas M&A deals in Austin actually grows the industry and, in turn, can lead to it having a more prominent role in the city’s economy. 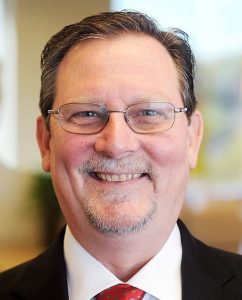 Dennis Corkran, who has more than 38 years of experience in

the oil and gas industry, is a business broker for

Murphy Business & Financial Corp. LLC, a full-service business brokerage firm with more than 180 offices in the U.S. and Canada, recently announced the opening of a new office in Del Mar serving San Diego and surrounding communities in Southern California.

“There is a high demand for business brokerage services all throughout the San Diego area,” said McIntosh. “I look forward to meeting that demand by being a trusted partner to Southern California business owners and interested buyers.”

The company said that prior to his work with Murphy Business, McIntosh cofounded a successful utility business based out of Colorado that grew from four employees to more than 300 employees spanning across three states. McIntosh continued to develop this company for several years before deciding to sell. The sale allowed him the opportunity to hone his entrepreneurial skills in California. He most recently purchased a boutique-clothing store where he began to draw many parallels between brokerage services and experiences with business ownership and acquisitions.

McIntosh says he sees an increase in demand for business brokerage services — a growing pool of qualified buyers is emerging as unemployment continues at its current rate and instability within corporate environments remains the norm. McIntosh says he has seen an increase nationally, as well as locally, over the last 12 months of businesses being sold and at high prices — the industry expects that upward trend to continue through 2016.

CLEARWATER, Fla. – Inc. magazine announced today the placement of Murphy Business & Financial Corporation on the 35th annual Inc. 500|5000, an exclusive ranking of the nation's fastest-growing private companies. The list represents the most comprehensive look at the most important segment of the economy – America's independent entrepreneurs.

CLEARWATER, Fla. – Inc. magazine announced today the placement of Murphy Business & Financial Corporation on the 35th annual Inc. 500|5000, an exclusive ranking of the nation's fastest-growing private companies. The list represents the most comprehensive look at the most important segment of the economy — America’s independent entrepreneurs.

“To be included among such successful companies is a great honor,” said Roger Murphy, founder, president and CEO of Murphy Business & Financial Corporation. “It’s a testament to the hard work of our team and the incredible growth of our franchise movement.”

The 2016 Inc. 5000, unveiled at Inc.com and with the top 500 companies featured in the September print issue of Inc. (available on newsstands August 23 to September 27), is the most competitive crop of privately held companies in the U.S. Complete results of the Inc. 5000, including company profiles and an interactive database that can be sorted by industry, region and other criteria.

This prestigious award validates Murphy Business’ progress in the past year and the 22 years since its launch. In the past 12 months alone, Murphy Business has reached an entirely new level, with more than 180 locations now open across the country, ingraining itself into all of the communities it serves.

Murphy Business & Financial Corporation is North America’s leading, full-service business brokerage firm with offices in both the United States and Canada. Offering entrepreneurs both regional developer and unit franchisee operating models, the Murphy Business home office supports both groups and their agents with extensive training, along with initial and ongoing marketing efforts that leave Murphy Business owners to focus on the most important part of their business – spending more time with their clients.