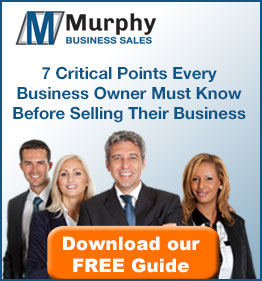 The Murphy Business Ohio (OH) & Western Pennsylvania team serves a large geographic area with many cities and communities, such as Cleveland, Columbus, Cincinnati, Toledo, Akron, Dayton, Youngstown, Canton, Lorain, Medina, Warren, Springfield, Newark, Massillon, Mansfield, and Zanesville in Ohio and the Greater Pittsburgh area in Pennsylvania. The Ohio & Western Pennsylvania area, in general, has a thriving economy as well as a diversified and educated population that is growing year after year. From an entrepreneurial standpoint, has a lot to offer a business owner to ensure success and the Murphy team can help. With a proven process that is based on thorough preparation, a wide variety of effective tools and resources, and a team of honest, hardworking, and experienced brokers – we can help you buy, sell or value a business.

Many factors contribute to the successful business climate of Ohio & Western Pennsylvania. Its centralized location with easy access to Midwestern, Canadian and mid-Atlantic markets is demonstrated by its transportation infrastructure with the capability of moving product anywhere. Ohio is within 600 miles of 60 percent of the U.S. population and 50 percent of the Canadian population. It is the home of the Pro Football Hall of Fame in Canton, the Rock and Roll Hall of Fame and Museum in Cleveland and a number of public and private institutions of higher learning. Several of these institutions are ranked among the top in the country. Ohio University is the oldest in the Northwest Territory. Eleven of the 13 public universities hold the state’s highest enrollment statistics, with The Ohio State University ranking as one of the nation’s top five universities by enrollment and The University of Akron’s College of Polymer Science and Polymer Engineering program the largest in the country.