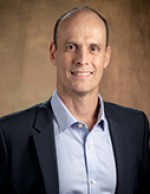 Mr. Fischer is originally from Caracas, Venezuela and moved to the US in December 2002. He is a Systems Engineer with MBA studies in IESA (Caracas) and UNC (Chapel Hill). After college, he attended extension courses at Harvard University.

Mr. Fischer worked for Citibank (Caracas branch) in the corporate finance department and then decided to set up his own company in the investment banking sector. He dedicated 12 years to the Mergers and Acquisitions industry, where he participated in important transactions selling assets in the private and public sectors. Among the transactions in which he participated were the selling of the fourth largest bank in Venezuela ($150 MM transaction ), the second largest insurance company ($30 MM transaction) and he was a member of the advisory team to the Venezuelan government in the selling process of 2 electrical companies ($500 MM). He was responsible for the design, marketing, and production for a quarterly statics report of the insurance sector in Venezuela.

Additionally, Mr. Fischer has been involved in various financial consulting jobs, setting up financial models and business valuations for companies in all types of industry.

Since moving to the US, Mr. Fischer has been involved in several transactions in the local market, helping people in the process of buying and selling businesses. In 2010, he managed the selling process of a dairy company in Uruguay to a US based public company. He has been awarded the 1 million dollars plus award and the Deal Maker Award by BBF (Business Brokers of Florida).